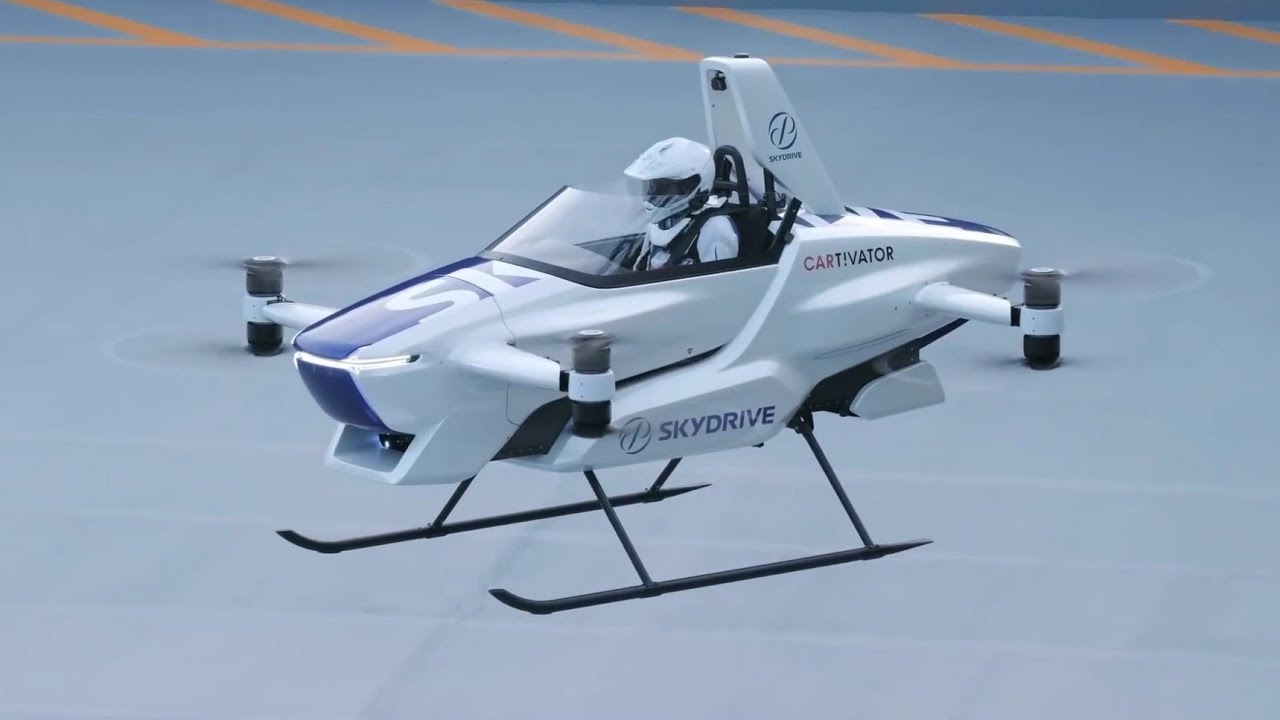 The SkyDrive SD-03 just had a successful test on their flying taxi.

The SkyDrive is based at Toyota’s Aichi R&D center. In early 2020, Toyota put out $394 million in another electric vertical takeoff and landing vehicle (eVTOL) company– Joby Aviation.

The manned test was only a four-minute flight on Toyota’s 2.5-acre Test Field. The taxi was at an altitude of six feet, which is a step towards the future.

The taxi is 12 square feet, able to take up two parking spots. The interior space only allows two bodies– the pilot and the passenger.

The “vehicle” contains four sets of counter-rotating rotors. Each of those is powered by its own motor. According to the company, this is in case of a system failure.

Furthermore, the additional safety features ensure skeptics that the chance of them crashing down is low.

Headlights and taillights were built in. Additionally, one light underneath was added to the SD-03. This is to let cars on the ground know the direction of travel. Hopefully, this will not affect drivers’ vision from below.

By 2023, SkyDrive is planning on leaving behind the net. They plan to send their air taxis up and out!

Tomohiro Fukuzawa, the CEO, made an announcement that they received ¥3.9 billion Series B fundraising. They did this through investors’ shares. This includes the Development Bank of Japan Inc.

When we think about how the world will look in five to ten years, there is no doubt that flying cars will become widely available in society. [This would be] as a convenient next-generation mobility option. Traveling through the air will be a reality… We want to contribute to the realization of such a society. We have invested in SkyDrive, which has already achieved practical use of industrial drones and manned flights of a flying car.