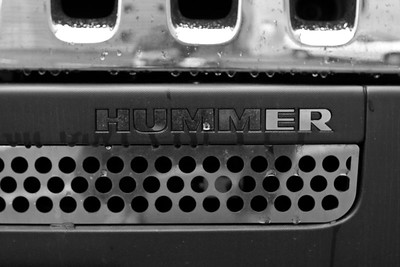 In 2014, Tesla had made their patents available for anyone to use – for free. This move left many wondering how other car companies will develop and innovate their own line of electric vehicles. Well, 6 years later and we are now getting our first look at a widescale electric vehicle market. This developed what once was a thought of the future into a wider selection of cars and trucks under the electric marque. So, with many viable options, what emerging vehicle company has stood out amongst the pack? The answer is surprisingly General Motors.

The Consensus of Electric And General Motors Response

The focal point for the EV industry comes down to the battery. How long does it take to charge? How far can I drive before it needs recharging? What is the towing capacity? How much can it tow/haul? These have all been viable questions for the past decade. For the most part, electric vehicles have been seen as toy cars.

For many in rural areas of America, the focus on transportation is more utilitarian and practical. It makes sense, if you are in construction, you can’t haul your tools and supplies in a Tesla. If you live in an area with seasons, snow, ice, and many other variables can lead you to purchase an all-wheel-drive vehicle as your commuter car. I’ll be honest with you though, as a transplant from the North East, I can officially say that I have driven a Prius successfully, through a blizzard in the White Mountains to go snowboarding. The cars can handle the weather (it’s the drivers who can’t). I digress.

Up until this past year, that has been the general consensus for those who would like to no longer contribute to rising fuel prices but unfortunately had other necessary requirements. Well, the industry has seen its first glimpse with the unveiling of Tesla’s (goofy looking) “Cybertruck”. Despite its appearance, it’s a pretty cool vehicle. With its specs ranging past many of the other EVs on the market (including other Teslas), it also showed electric could haul and tow just as effectively as a regular combustion engine.

General Motors apparently heard the word “practicality” and decided to prove itself in the electric car market by throwing a curveball in the industry: The Hummer EV. With the Cybertruck being the only option available for those in the truck market, GM decided to release an updated version of their most notable vehicle.

The Hummer EV Is the Champion of Electric Trucks.

The Ford Mustang Mach-E looks ready to drop kids off at soccer practice. The Tesla “Cybertruck” looks like something out of a videogame. GM decided to take the stride and make lean and mean vehicles. The once king of the road I back with an updated design and an appeal for consumers who want to enter the electric dream without traveling through time. It boasts over 1,000 horsepower, and the towing capabilities offered put Tesla to shame.

It’s no surprise, to be honest. When looking back at what General Motors has done over the past 20 years says it all. Back in the early 2000s, GM was one of the first automotive manufacturers to develop an all-electric car. Sales didn’t take off as the market wasn’t ready for it. With innovation and a major push from industry leaders, GM has been waiting to put their car back on the track and show consumers what 20-years of innovation looks like. The new line from GM is mean fierce and cutting. A major move away from the awkward appearances of many vehicles and outperforms them in almost every way.

With innovation from GM, they have been able to develop a more effective battery. Where the industry has utilized cylinders to provide space and layout, GM decided to convert its batter into the flooring. This allows for a larger stack of batteries. These can create more range and power depending on the vehicle you purchase. The ability to produce a larger battery under these conditions has also given a lot of breathing room for further innovation. If the market decides to shift in any relatively speculated direction, GM will be able to match it by slightly tweaking the design with relative ease.