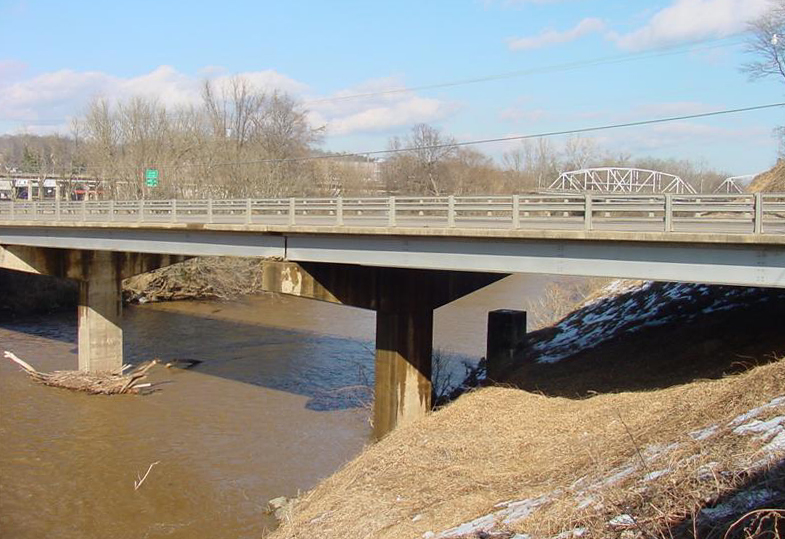 A delivery driver is counting his lucky stars after surviving a 75-foot fall from a freeway overpass in Salisbury. Jeremiah Cribb, a 24-year-old FedEx driver, leapt over the median to escape a truck not knowing the distance from the ground.

The incident took place on the Yadkin River Bridge of Interstate 85 in Rowan County. As Cribb proceeded down the road, he spotted an unusual sight. A car sat immobile, stranded in the fast lane of the freeway. Instead of passing on the right, Cribb decided to stop and assist the stuck motorist.

He pulled over and stepped out, but shortly after realized a large truck headed directly for them. Frantic, Cribb attempted to ward off potential catastrophe. He flashed his light on and off as the tractor-trailer barreled towards him in the left lane.

“[The driver of the tractor-trailer] didn’t merge, and we didn’t know if he was gonna hit the car. But, I kinda had a feeling that he was, and he smashed into the car.” Cribb told reporters.

In order to save his own life, Cribb acted quickly by rushing away from the truck and leaping over onto a presumed grass median. Instead, his body dropped 75 feet. He collapsed on the sandbar far beneath the bridge.

Emergency responders arrived at the scene expecting a far worse outcome. Firefighter Jacob Vodochodsky reached Cribb by rappelling from the bridge down to the sandbar.

When he arrived, he said he thought the fall paralyzed Cribb based on the way his body lay. “I gave him a little pinch on the leg, because the way he was laying there, looked like he may have been paralyzed from that great of a fall,” said Vodochodsky. Cribb reacted, indicating he was spared.

Cribb’s condition was actually well enough to stand and lifted back up to the bridge.

Cribb himself told reporters he struggles to believe it. “I’m still trying to wrap my head around it,” he said.

He suffered a few broken ribs and a collapsed lung, but no spinal damage nor brain injuries. The good Samaritan delivery driver remains in the hospital for a few days while he recovers.

Charlotte Passerby of 12-Year-Old Got Injured During a Shooting