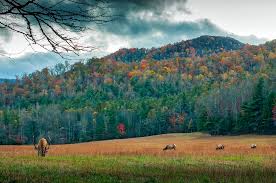 National moving companies ranked North Carolina among the top destination for movers in 2019. Internal data from companies like Atlas Van Lines revealed the state as a popular one to settle.

Upon reviewing its customer data for the previous year, Atlas Van Lines determined North Carolina 3rd in the nation for inbound moves. Additionally, the state came in first for the southeast region of the country.

U-Haul also found North Carolina third in the nation for inbound moves, according to their 2019 stats. It follows behind Florida and Texas. The change marks a 21-state jump from 24th.

Jason Grider, Central North Carolina President of U-Haul, said of the numbers, “North Carolina is seeing growth in businesses coming in, which attracts new residents.” However, this isn’t the only reason why people might want to move to North Carolina. As we all know, there are plenty of reasons to fall in love with the Tarheel State!

Reasons for Movers to Choose N.C.

Business growth is just one reason movers appear to choose North Carolina over other destinations. In addition, state taxes stack favorably among competitors. Also, the warm and agreeable weather attracts a large number of retirees.

North Carolina features beach, mountain, and golf activities popular among seniors. Among the inbound movers, 30.6 percent were over the age of 65, and another 26.9 percent were between the ages of 55 and 64.

The data also suggested those moving to the state possessed a higher income than average, 40 percent taking in $150,000 per year or more.

Over the course of the previous decade, North Carolina’s population increased 10 percent to over 10.5 million residents. As a result, many expect the state to add a congressional district for the 2022 elections.

North Carolina’s inbound movers exceed its outbound consistently. Little suggests that trend will be slowing down any time soon.

Congress says US70 is a “High Priority Corridor”

2 Year-Old Child Was Inside Stolen Car