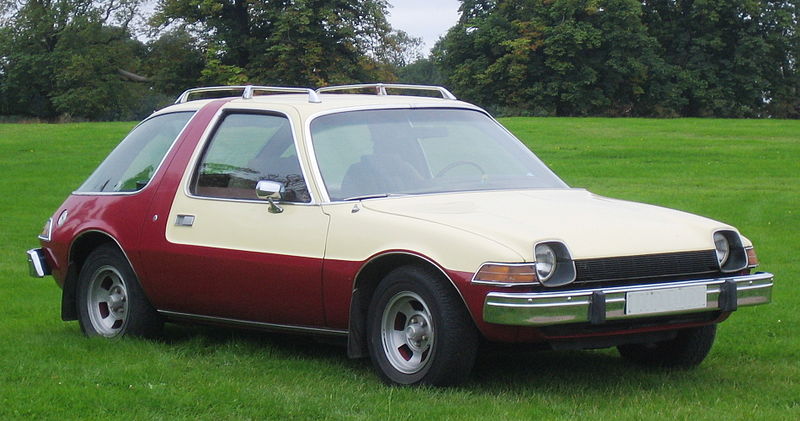 The AMC Pacer was at once an innovative auto. Now, its the butt of jokes and is featured in many “Ugly Car” lists. The auto industry has over 100 years of development. Within that time, there have been plenty of duds.

Once the car had been dubbed “Stylish”, “Bold” and “Unique” the Pacer quickly fell. Built between 1975-1980, the vehicle boasted many unique styles and even came with an electric option. The rounded “jelly-bean” style made this car an icon of the 70’s motor trends. The car was developed due to increasing demand for smaller vehicles. With Japanese automakers rolling out with smaller, compact cars, America needed an answer. That answer was the Pacer.

The Pacer was sold as “the first wide small car”. The vehicle had been developed for compact purposes but still maintained a body as wide as most standard cars of the time. The general occupancy of the design was to compete with foreign import cars while still maintaining the spacious luxury that most Americans wanted at the time.

The Pacer has a unique suspension system. The entire front suspension system was mounted on a cross member isolated from the frame by rubber bushings. This provided a unique and safer way for the vehicle to maintain clearance when moving over large bumps.

During the transition between the ’70s and ’80s, new safety features were put in place for consumer vehicles. This meant a lot of redesigns had to go into the Pacer. Due to government standards, the Pacer was unable to redesign itself enough to meet the new safety demands. All future designs would have created too costly of demand for AMC to update and the vehicle was abandoned.

Since its rise and fall from the automotive scene, the AMC Pacer has emerged as what is commonly known today as a “lemon”. Once the product design was scrapped for new safety features, many saw the car as a failure or “nerd car”. Auto historians often state the vehicle was “the George Jettson car of the 70’s”.

Modern vehicles aren’t nearly as bold as the Pacer was. Albeit a little goofy, the Pacer had a unique style that many vintage car collectors go for. We love the Pacer for its contribution to the small vehicle market of the time and, frankly, we think that it was a solid answer to issues of the time. Regardless of how you may feel, we feel the Pacer was a great contribution even if it was short-lived!

Choose the Trucking Training Method That Works for You