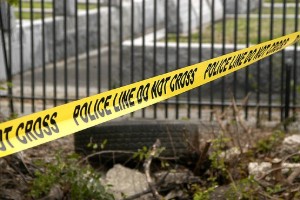 CHARLOTTE, N.C. – Charlotte Police are on the hunt for a person who’s responsible for a fatal shooting that occurred late Wednesday afternoon. The murder happened right out front of businesses in west Charlotte during rush hour.

The shooting reportedly went down at just before 5 p.m. on West Boulevard around the intersection of Remount Road.

Police detectives are looking into the homicide. They say the discovered Antonio Kirkpatrick outside the business complex suffering from a bullet wound. Unfortunately, he passed away at the location.

According to neighbors, they heard up to five shots. One of the shots struck the deceased in the head.

The investigation drew an enormous crowd of curious onlookers, including Kirkpatrick’s family.

The cousin of the deceased, Miriam Hammond, says she was overwhelmed with anger and grief. In fact, she went on to say that her cousin had just turned 30 years old recently.

“My cousin is laying over there dead and it’s my only cousin’s son. It’s the only son she have,” Hammond said. “Somebody seen something. Somebody needs to start talking now.”

Police have not indicated the reasons for the shooting, though people in the neighborhood, are concerned.

“it’s very scary for people who live here, for children who live around here,” one resident said.