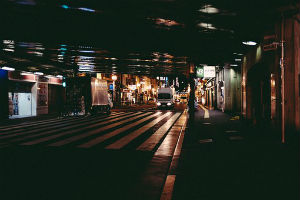 It continues to be a problem. A big problem. Especially for truck drivers passing under it. Yep, the low bridge near Charlotte is racking up trucks as victims. The upside of this North Carolina road hazard is that it’s providing loads of top-notch content for the YouTube crowd across the globe.

In fact, February has been a banner month for the truck scalping bridge. And, for the record, the bridge’s height measures at officially 11 feet 8 inches. The 3.55 meter bridge, or rail underpass, however you prefer to define it, added two more victims to its list on back to back days this month.

While this seems alarming, it shouldn’t be, considering the bridge is responsible for 143 reported crashes since April 2008. That amounts to a whole lot of YouTube material. Both of the recent accidents happened in fashion. Also, and potentially scary, in both incidents, pedestrians were walking nearby and could’ve been hurt from the truck shrapnel.

Jalopnik reported the first of February’s truck beheadings. It happened on the 21st and from the footage we can see the sign atop the bridge flashing “Overheight Must Turn.” Despite the warning, the driver proceeded forward at the green light. And, well, you can imagine what happens next. The refrigerated truck had its roof shaved off by the ruthless bridge.

Unfortunately, there was a woman walking on the sidewalk at the time. She almost got caught in the crossfire, however, she luckily avoided the falling debris. Definitely not something you expect when crossing a street, debris raining down around you.

Bizarrely enough, almost the exact same scenario played out the following day. Again, a reefer truck got itself an impromptu buzz cut. This time a man was walking under the bridge while carrying an umbrella. Fortunately, the spray of debris missed him. In still another incident, a roof-wedged truck was stuck under the bridge for two hours. Traffic was stalled for up to two hours while a tow truck maneuvered the truck free. But again, for all the inconvenience, it serves a popular YouTube content.

Car Shipping Works for Businesses, Too

Charlotte Recovers After Another School Shooting