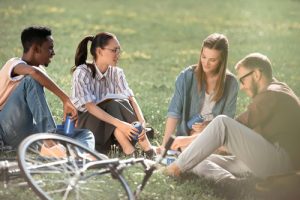 CHARLOTTE, North Carolina — Charlotte is considered #1 among the cities which has one of the high quality of life and job opportunities for information and other tech professionals. The ranking comes from an IT association’s rankings.

The IT association, called CompTIA, checked 20 metro areas during the last year and ranked those cities base on some factors which include the cost of living and open IT opportunities. These metrics helped illuminate which cities are both easy and enjoyable to work in. After all, even those who work in tech need to think of their quality of life, right?

Unsurprisingly for those of us who live out east, North Carolina made multiple appearances. North Carolina banked three cities on the list. Raleigh, Charlotte’s biggest competitor, came in at number 2. Durham-Chapel Hill impressed CompTIA too, taking the 15th spot.

Due to CompTIA, Charlotte has the following advantages over other cities on the list:

When thinking about IT job opportunities, the cost of living can attract people too, according to Charlotte Chamber President Bob Morgan. That’s how Charlotte is able to attract some of the top tech talent in the country: it focuses on the whole experience of living in the city, not just the work.

Also, he said that the IT job opportunities had a growth from 2015 at about 59% citing a national CBRE study.

The growth is driven by headquarters located in Charlotte such as Duke Energy and Lowe’s. Per Morgan, in the economy of Charlotte, there is a lot of activities and changes happening.