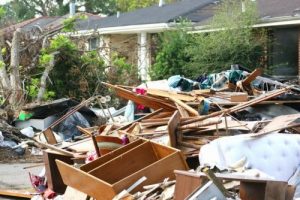 FLORIDA, THE CAROLINAS, VIRGINIA, GEORGIA — The impact of Hurricane Michael continues in the Carolinas, which slammed into Florida’s Panhandle with 155-mph winds on Wednesday. It caused catastrophic destruction Georgia, the Carolinas and Virginia before finally heading back out over the water. The total death toll reached up to 11 people.

One death is reported in North Carolina, five deaths were reported in Virginia, four in Florida and one in Georgia.

More than million people are without power and their houses in Virginia. The hurricane center said the storm was again gaining strength and could soon move off-shore but still posed a risk since damaging winds enlarged up to 275 miles away from its center. North Carolina will see more storm surges. Meanwhile, other parts could see up to 5 inches of rain, according to the hurricane center.

The latest state was Virginia which saw the storm’s rage and will continue to handle the heavy winds on Friday.

Another million across Maryland, Alabama, the Carolinas, and Florida was also without electricity.

When the storm approached Georgia, it killed an 11-year-old girl in Seminole. The winds picked up a carport and sent it crashing through the roof of a house. The carport struck her in the head, killing her.

And in North Carolina, one person left dead after a tree fell onto his car. The incident took place in Iredell County, just north of Charlotte, Gov. Roy Cooper said.

The coastal devastation has become visible for all the reasons, but some experts are concerned about the conditions of inland surfaces.

Hurricane Michael could cause a damage of up to $4.5 billion, according to CoreLogic, According to the data-analytics company in Irvine, California, the number is a base of estimates on the replacement cost of buildings and people’s houses in the paths of major storms before they the actual process.