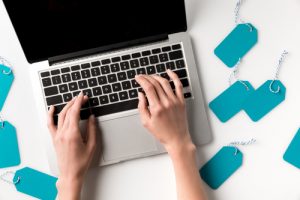 During the five-day camp initiated by nonprofit, INTech , ”women in technology” told about their experience at big tech companies like Microsoft and Google Fiber.

The nonprofit, INTech, offered two-hour mini-camps and had cooperation with more than 14 schools in Charlotte, Raleigh, and Greensboro.

According to the National  Center  For Women and Information Technology women in technology are only  27 percent, by the time black women are only 3.

One of the students shared her experience at the camp. She said thanks to the program she made friends and initiated a website on stopping bullying in schools.

She got the certificate of completion and was willing to learn other computer languages.

The technology teacher, Khalia Braswell said she wished a program like INTech existed when she was growing up. She had no idea that asking her mom for a computer instead of sneakers and attending the city’s new high school, Philip O. Berry Technology Academy, would get her in STEM jobs in Charlotte. She knew just one woman in tech and she said she wanted to be like her, a black woman in tech and get money for it.

In January of this year, Braswell gave Apple two weeks’ notice to work on INTech full-time.  Her goal is to make it a year-round experience. She has the partnership with big companies, as well as individuals.