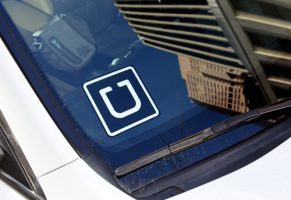 Today, Jonathan Neal will show up to court as the suspect of a sexual assault case filed by an Uber driver.

A 31-year-old woman was working as an Uber driver just a few days ago when she got a request for pickup.

She picked up the suspect, Neal, on Albemarle Road around midnight.

While she was driving, she was assaulted and threatened by Neal, then asked to pull over on North Graham Street.

Neal raped the woman that night, leaving her fearful of her job.

This left a lot of others drivers fearful of who they pick up in their cars.

Another female driver puts strict rules on her work hours. She stops driving for Uber at 6 PM every day for her own safety as a woman.

Awny Allesa, a cab driver, recommends that other drivers install a dash camera in their car for situations like these.

His advice is to try and talk to customers when you first pick them up to get a feel for how they are and watch out for any red flags.

Uber and other ride-sharing companies do not train the drivers since they are technically not the companies’ employees, but rather independent contractors.

Neal was arrested on Tuesday and is going to court for his hearing today against the Uber driver.

CMPD Lt. Brad Koch argued that “the opportunity presented itself for the suspect,” during a news conference.

He has been guilty of sexually assaulting a teen just 3 years ago.

Police were easily able to figure out that Neal was the suspect because of his Uber ride and receipt, which led them to finding him just a few days after the incident.

Teacher Resigns After ‘Racially Insensitive’ Lesson About the Constitution