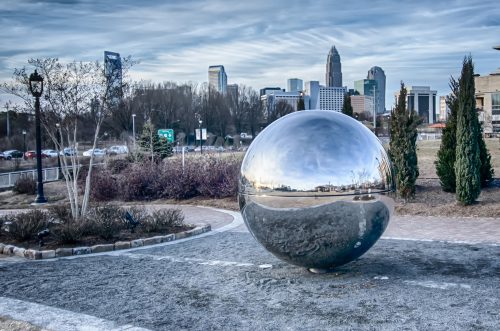 According to a new study by the National Low-Income Housing Coalition, someone earning minimum wage would have to work 103 hours a week to afford a 2-bedroom apartment in Charlotte.

The report, released this week, shows that housing costs continue to outpace wages for low-income renters. Even a 2-income household at minimum wage would require both earners to put in more than 50 hours a week on the clock.

The coalition’s CEO, Diane Yentel says, “The housing crisis has reached historic heights, most negatively impacting the lowest income renters. Too often, a low-wage worker must choose between paying for rent, health care, child care and other basic necessities.”

The report calculates how much income renters need to earn in order to afford an apartment without spending more than 30% of their income on housing, the generally accepted standard for affordability. People who spend more than that amount are considered “cost-burdened” and often have to cut corners in other areas to make their budgets work.

Local reports have also pointed to the acute shortage of housing for very low-income renters in Charlotte.

“While significant progress has been made over the past decade to increase the supply of affordable housing in Charlotte, the reality is that housing is becoming less affordable,” said the draft of “Housing Charlotte,” a new report by city staff that was released this month.

About a 3rd of households in Charlotte are cost-burdened. The biggest shortage is for people making 50% or less of the area’s median income — roughly $36,000 or below.

The National Low-Income Housing Coalition report shows that to afford a two-bedroom apartment in Charlotte, a worker would need to earn $18.60 an hour. That’s considered the “housing wage,” at which renters can afford to live somewhat comfortably.