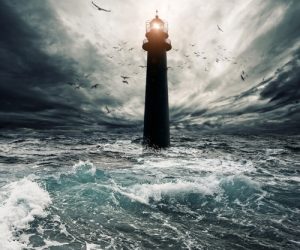 There was a death that occurred at Cape Hatteras National Seashore in North Carolina this week. A 55-year-old man drowned to death in the water yesterday according to the National Park Service. The man is said to be from Johnston County and he was a tourist who was visiting Outer Banks in North Carolina for the week.

He was swimming in the Frisco Day Use Area, which is a popular tourist attraction. When witnesses heard him cry for help, he was about 50 yards away from shore. He was struggling and people had seen him on a small sandbar. When his family members started to cry out for someone to help him, a witness jumped into the water to try and save him. However, a strong rip current pulled the man further away from the sandbar. Afterward, the witness was able to reach the man and took him back to shore. A woman tried to give the 55-year-old CPR, but unfortunately, he did not wake up. Soon after, Dare County Emergency Medical Services came on the scene to help, as well as the county’s Sheriff’s Office, the Seashore Rangers, and Hatteras Island Rescue crew. Sadly, none of them succeeded in trying to revive the man.

Cape Hatteras Can Be Dangerous

This is not the first death that has occurred because of the dangerous and strong currents the park has. Earlier this week, there was another death reported by Buxton Park. A 79-year-old tourist also drowned while swimming. Just last year, about 7 deaths were reported. All 7 were caused by rip currents of the Cape Hatteras area. It is said that the waters off Cape Hatteras create strong and aggressive waves. Anyone who is caught in those rip currents will struggle swimming back to shore and likely drown.

Even though multiple witnesses on the scene tried to help and revive the man when the incident occurred, no one succeeded in reviving him. The waves were too strong and he could not survive. Please be careful when visiting North Carolina’s Outer Banks. This popular getaway from Charlotte can be dangerous to visitors.