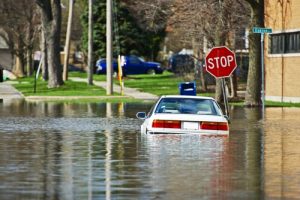 MCDOWELL COUNTY, N.C. — Early Wednesday, around midnight, there were concerns and reports of the Lake Tahoma Dam being a danger to residents nearby. The weather channel has announced to expect flood until 5 PM today. Because of the heavy rain, the dam is failing to keep the water out. Evacuations were mandatory for those that live near Lake Tahoma.

NWS GSP had tweeted late Tuesday night that this is a very dangerous situation. There were only 200 people staying at the shelters last night, but 2,000 people live in the mandatory evacuation areas. This morning, they closed the shelters and everyone was safe to go back home. However, some streets have been severely flooded. A dump truck had been pushed into the Catawba River by the strong floods in McDowell County. The heavy rainfall and flood are coming from Storm Alberto in Florida.

Residents are warned to stay off roads and avoid areas with still water. There were over 6 inches of rain, which also caused several residents to lose power in the Lake Lure area. Lots of trees are down and roads with heavy water are blocked. Even other states are under watch for flooding. Tennessee, Alabama, Georgia, Kentucky, and Mississippi. Schools in McDowell County are closed today and Charlotte Fire Department has a rescue team in the McDowell County.

Residents are urged to stay indoors and on high-level grounds if possible. City officials continue to state to stay off roads and try to get away from flooded areas. The Flood Warning continues until 5 PM today in McDowell County.