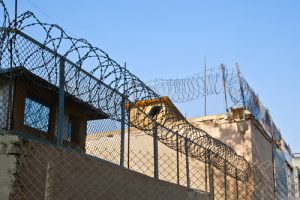 BISHOPVILLE, South Carolina — Seven inmates were killed and at least 17 more were injured in seven hours of chaos at a maximum-security prison. It was holding some of the state’s most dangerous convicts, authorities said Monday.

At Lee Correctional Institution, arguments erupted among inmates at about 7:15 p.m. Sunday, the state Corrections Department said. The fighting spread to 3 housing units, but no officers were wounded, officials said.

By 3 a.m. Monday, the order was completely restored, the department said in a statement on its Facebook page.

“All SCDC staff and responding law enforcement officers are safe and accounted for,” the statement said. The department’s police service unit and the South Carolina Law Enforcement Division were investigating.

Authorities did not explain what prompted the violence. South Carolina House Minority Leader Todd Rutherford, a Columbia Democrat, called the riot was a “symptom” of the problems facing the criminal justice system.

“A mass casualty incident inside a correctional facility is simply unacceptable,” Rutherford tweeted. “Safety — for inmates, SCDC employees, and the public — must be a priority. Rioting like this is a symptom our criminal justice system is broken and needs reform now.”

Family members of inmates who began gathering at the facility Monday were provided little information. Lee County Coroner Larry Logan said the victims had been identified and their families were being notified.

Logan told the Associated Press he arrived at the scene to find melees throughout much of the prison. He said it appeared most of the deaths were a result of stabbing or slashing. Some victims may have been beaten to death, he said, and autopsies will be conducted to confirm how each man was killed.

“How else are you going to die in prison? They don’t have guns,” Logan said.

The prison, which opened 25 years ago and holds about 1,700 of some of South Carolina’s most violent offenders, is no stranger to violence. Three weeks ago, inmates overpowered a guard, holding him hostage and taking control of part of a dorm for about 90 minutes. The guard was released uninjured.