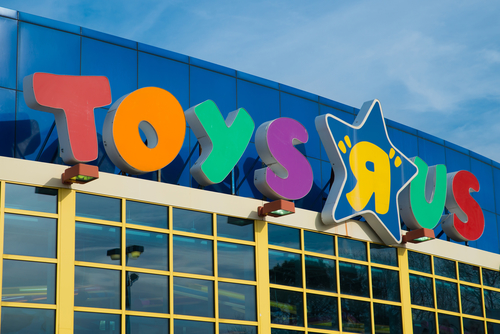 Bankrupt retailer Toys “R” Us may close all its US stores as soon as next week, according to several reports.

A spokesperson for Toys “R” Us declined to comment on the recent news about liquidation.

Toys “R” Us recently went into administration in the UK, paving the path for stores there to shut their doors. And the potential closing of Toys “R” Us in America would be a particularly huge blow to Hasbro and Mattel.

According to recent regulatory filings from both companies, Toys “R” Us accounted for nearly 10% of the companies’ overall sales. However, the iconic toy retailer is not profitable enough to continue in its current form. Therefore, the country may lose one of its most famous stores. From Boston to Bakersfield, the country will lose out on a store that it has loved for many years.

Toys “R” Us to Close as Retailers Everywhere Scramble

Toys “R” Us is the last megastore dedicated to toys. Without it, toymakers will struggle to promote anything but their most popular items. While retailers will certainly move online, toys specifically are tough to move entirely online. After all, a lot of toy sales come from kids seeing something and wanting it. It’s harder to really capture a kid’s imagination online.

Investors are clearly preparing for the worst after this terrible news. Shares of Hasbro fell 3.5% Friday morning while Mattel plunged 7%.

Smaller toy company Jakks Pacific fell nearly 5% too. Canada’s Spin Master, which owns the popular line of Hatchimals toys, was down about 3% as well on the Toronto Stock Exchange.

And everything isn’t awesome for privately held European toy giant Lego either. The plastic bricks maker reported its first sales drop in thirteen years earlier this week. So, it is clearly a  tough time for the other toy makers.

All Gas Prices Are Not Equal

Pharmaceutical Positions to Open Up by the Hundreds