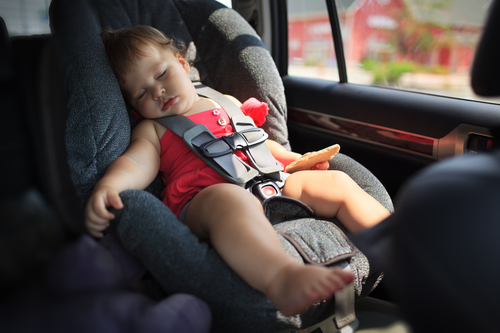 Charlotte- a 2-year-old child was inside a Jeep that was stolen on Sunday. The child’s parent was paying for gas at a convenience store off Interstate 40 in Icard when thieves took their parked car. They drove off with the poor parent’s 2-year-old still inside. What a nightmare!

The drama was short-lived: the stolen Jeep was found minutes later at a Burger King across the road from the Jack-B-Quick/Marathon store. The child was still in the car and unhurt. Thankfully, that nightmare came to an end quickly for the parent!

A description provided by a witness helped deputies to issue an alert to law enforcement agencies. The witness saw multiple people climbing into a car after leaving the Jeep behind. The alert was for a black Mazda with numerous suspects in it. Catawba County deputies stopped a vehicle matching that description in Newton less than an hour after the stolen vehicle was reported.

So why did the thieves admit so quickly to their involvement? The cynic in me assumes that they did so to reduce their sentences. However, the fact that they abandoned the stolen Jeep quickly leads me to another possibility: that they simply didn’t want to separate a child from its parents. After all, even people who steal cars have a conscience. It’s entirely possible that they simply didn’t know what they were getting into, and are now expressing genuine remorse.

If nothing else, this terrible situation reminds us to keep an eye on our cars when we’re fueling them up. You never know who might be watching, waiting to snatch your car at any time. This is why we recommend car transport for any long trips. Our team will make sure to take perfect care of your car while it’s en route!