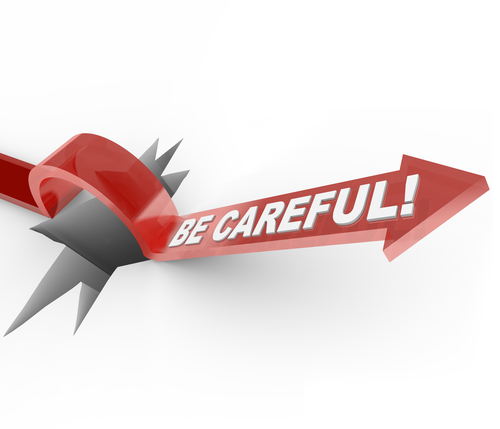 An arrow marked Be Careful jumps over a hole, serves as a warning to communicate the need to be cautious and wary of dangers and hazards

Charlotte – Mecklenburg Police is recommending all drivers to be careful after receiving many calls about objects thrown at vehicles on the roads and highways of Mecklenburg County.

We are taught to keep our eyes on the road. But many drivers are reporting damages to their vehicles as a result of pedestrians.

Recent police reports shined a light on several incidents of rocks and other objects thrown at moving cars.

Driver Kenny Gray said, “Something hit my car and it was some teenagers”.

Eyanna Jinnah said: “I’ve been in situations driving down the street and the car in front of me got a rock thrown at it”.

Frisk said, “It could definitely be deadly”.

In Michigan, it was. A young father died about two weeks ago when teenagers dropped a rock onto a car from an overpass. It smashed through the windshield and killed him.

It can happen to anybody, anywhere. And some parents are now trying to steer clear of nighttime driving because of it.

Police don’t want drivers to oppose these people if you do encounter the situation, but they do inspire anyone to report these incidents.

Officers also say don’t hesitate to call them if you see people standing on overpasses.