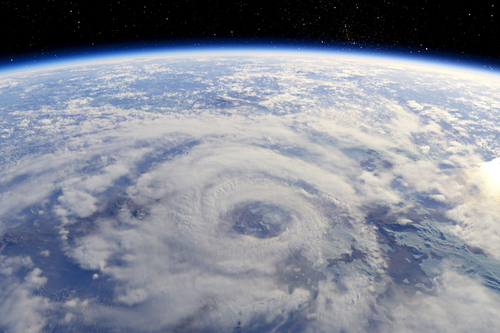 A tropical storm warning remains in effect Monday for much of the North Carolina coast as the Hurricane Maria swirls the Atlantic 350 miles south – southeast of Cape Hatteras.

The warning covers the coast from Cape Lookout to Duck, including the vast Albemarle and Pamlico sounds. It is expected within 36 hours. Cape Lookout is on the state’s central coast, and Duck is on the northern Outer Banks. One to 2 inches of rain is expected over the Outer Banks through Wednesday.

Luckily for us, the storm shouldn’t come inland towards Charlotte. That will make things much less severe for most North Carolinians. After all, the bast majority of us don’t live on the coast.

Hyde County officials on Sunday ordered a mandatory evacuation of visitors to Ocracoke Island. It is effective at 5 a.m. Monday.

North Carolina Should Expect the Storm Early Next Week

The National Hurricane Center expects Maria to stay well offshore Monday and Tuesday. The Category 1 storm has sustained winds of 80 mph and is moving north at 7 mph. Forecasters predict Maria to bend eastward into the open Atlantic later this week.

As Maria is a large hurricane, tropical storm – force winds of up to 73 mph are possible up to 230 miles from its center. Therefore, we may see some serious wind even as far inland as we are. However, only the coast is under any real risk of significant damage. If you live on the North Carolina coast, it might be a good idea to think about evacuating. It could save the lives of you and your entire family.